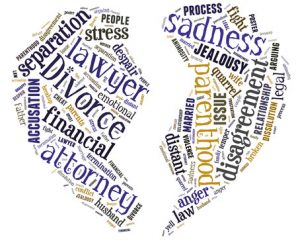 If you and your partner used artificial insemination to conceive a child, and later divorce, you may not be prepared for the legal questions as to parentage that arise. The subject is so complex that you will want to consult with a divorce attorney as to your rights going forward.

Two women are splitting up, something couples routinely do in this country. What’s not routine is the fact that Strickland has never been listed as a legal parent of the couple’s son. Here’s the story:

The couple was unable to wed under Mississippi law in 2009, so they opted to go to Massachusetts to tie the knot, where same-sex marriage was legal. Like many newlyweds, they wanted a family. In addition to the son they’d adopted prior to their wedding, they decided to have another child using a Maryland sperm bank. One woman, referred to now as Woman A, was inseminated, and later gave birth to their son.

When the couple split, the second woman, referred to as Woman B, was not acknowledged as a parent; instead, she was granted in loco parentis status, meaning she had some parental responsibilities, but was not a legal parent. After all, she was not listed as a parent on the birth certificate. In court, her attorney argued that the state of Mississippi had discriminated against her by not permitting marriage in 2009. She was not allowed to be on the birth certificate, but was a parent by virtue of the relationship she had with Woman A.

But the Chancellor hearing he case disagreed with regard to her parental rights. It found that because two women cannot biologically conceive a child, no child can have two female parents. Instead, somewhere out there is a biological parent, who has parental rights. The case is currently on appeal before the Mississippi Supreme Court.

Implications for other children conceived in similar ways

Could this case impact other couples who use technological assistance to have a child? Whether same-sex or opposite sex, do couples who utilize a sperm bank have to worry that someone out there who provided the biological ability to have a child will have legal rights to parentage?

Mississippi law states that biological fathers cannot terminate parental rights of a child conceived through artificial insemination. In order for parents to do so, they would have to go through the process of serving the biological father by publication. Then the donor would have the chance to terminate his rights, and the couple could them adopt the child.

What is best for children?

At the office of Derek L. Hall, PC, The Heavy Hitter our legal team is focused on finding solutions to the issues that impact families going through divorce. The emotional strain of dissolving a marriage can have lasting impacts on your family, so it is imperative that your legal team provide the legal analysis and support necessary to provide the best outcomes for you and your children. If you are considering a divorce, contact us in Jackson for a free, confidential consultation.