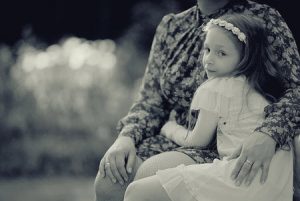 Two of the biggest movie stars of our generation are apparently divorcing, and more likely than not, you’ve heard the news. Brad Pitt and Angelina Jolie have separated, and, citing safety concerns, Angelina is seeking sole physical custody of their 5 children.

Until someone has to go through a separation or a divorce, they may not be aware of the various ways parents can share custody in the unfortunate event that their marriage just isn’t working out for one reason or another. Some divorces are friendlier than others and result because people have grown apart. Sometimes a divorce will be filled with animosity and who gets what, especially the children, becomes a focal point of the legal proceedings.

What Kind of Custody Arrangements can you have under Mississippi Law?

Under Title 93 of the Mississippi Code of 1972, there are several kinds of custody arrangements that a court will award depending on the best interests of the child. Although traditionally, we tend to think that the mother would be the best place for the children, modern law provides no presumption in favor of maternal custody.

The primary custody arrangements under Mississippi law are:

Of these, Angelina Jolie is seeking the third type, where she would receive sole physical custody of all of the children but legal custody would be shared. As it sounds, physical custody is when a parent lives with the child and is responsible for the child’s emotional and physical well being on a day-to-day basis whereas legal custody pertains to the legal rights and responsibilities of raising a child.

What is the Best Interest of the Child?

The standard of how custody will be determined always comes down to the best interest of the child. Such factors include the health, age and sex of the child as well as a parents skills and willingness to care for a child. In some instances, a child will be asked their preferred custodian, but ultimately the judge will consider all factors in determining what custody arrangement will best suit minor children.

It is also important to realize that a child’s needs may change over time and original custody rulings may need to be modified later on. Although courts are oftentimes reluctant to modify existing agreements, a skilled attorney can help you put your best argument forward.

If you or a loved one is going through a divorce and minor children are involved, please contact Jackson attorney Derek L. Hall. Our dedicated team of experienced family law attorneys understand that divorces can be complicated and emotionally taxing. We can help you through not only an initial custody ruling, but seeking to modify existing custody and support arrangements as well. Call us today for a free initial consultation.