Divorce Issues Worth Discussing as you Move Through the Process 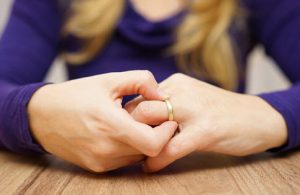 Going through a divorce is a complicated, emotional rollercoaster for most people. Whether you’ve been considering it for years, or are suddenly faced with circumstances that are prompting you to split, the coming weeks and months will take a toll. Now, more than ever, it’s important that you consult with a local attorney who will respond to your short- and long-term goals by effectively negotiating the best outcomes for you in your divorce settlement. Several critical issues deserve a thorough conversation.

A number of important papers may play a role in the outcome of your settlement. Your attorney will want to peruse relevant documents such as:

Anything you’ve accumulated during the marriage needs to be split between you and your spouse. It’s worth noting that when couples cannot come to an agreement, a Chancery Court will award property to whoever’s name is on the title. That goes for houses, cars, and anything else. If both names are listed, it will be split evenly. Everything else must be equally distributed. Cash and property that one party had prior to the marriage, or that one person inherited, may be exempt from the equal distribution rules. Naturally, nothing is cut and dried, so a detailed look at property is essential.

Custody decisions in Mississippi are based on the best interests of the child. Siblings are generally kept together except under extraordinary circumstances. In general, the non-custodial parent is entitled to visitation, so that the child can benefit from relationships with both parents. A number of factors are weighed in determining whether sole physical custody or joint custody is the best arrangement. Be aware that there have been cases when one parent belittles another in an effort to interfere with the relationship, and the disparaging parent has been denied custody. Child support payments are generally made to the custodial parent until either:

The decisions made during a divorce will have long-term implications for you and your children. Having the heavy-hitting legal team at the office of Derek L. Hall, PC on your side can make the difference between a satisfying outcome and years of regret. If you’re feeling overwhelmed with the pressures of the upcoming scenario, contact us in Jackson and let us take the weight off your shoulders. The initial consultation is free and confidential.