Drunk Driving: When Sorry is not Enough 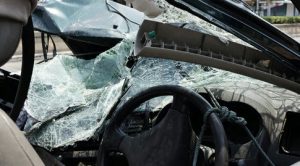 After excessive drinking, a young man from McHenry got into his vehicle and zoomed down the I-110 in Biloxi, careening into the rear end of another car at 90 mph. The driver of that car, and the man’s 5-year-old daughter, both received fatal injuries. The drunk driver was understandably sorry for what happened, and wished he could rewind that night so that none of it would have happened.

Of course, that is impossible.

Two young lives were lost, and others have been forever altered. No amount of remorse will change that harsh reality.

If you are reeling from the effects of a drunk driving accident, you should know that a local personal injury attorney can fight for some level of justice on your behalf.

Drivers who get behind the wheel when they are incapacitated wreak havoc on roadways across the country, including right here in Mississippi:

The legal blood alcohol content (BAC) level in Mississippi is .08 percent for individuals aged 21 and older. For underage drinkers, the limit is .02 percent, and for commercial truck drivers, the limit is .04 percent. Any driver may be tested by a law enforcement officer if suspected of inebriation, either with a breathalyzer or a blood test, or both. If the BAC exceeds the legal limit, legal consequences are serious:

Driver’s license will be suspended or revoked for anywhere from 90 days to five years;

Penalties differ to some degree for those who are under age 21 or who are commercial drivers, but are certainly still severe.

If You Are the Victim of a Drunk Driver’s Recklessness

When someone makes the choice to get behind the wheel after drinking, they choose to put everyone in their path at risk of serious injury or death. If you or a loved one winds up paying the consequences of a drunk driver’s poor choices, contact the heavy hitting legal team at the office of Derek L. Hall, PC. You deserve a tenacious advocate, and that’s exactly what we can provide. Call our Jackson office for a free consultation today.