Even Legal Drugs Can Impair Driving 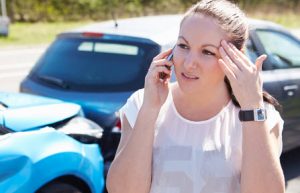 Many law-abiding citizens would never even consider getting behind the wheel of their vehicle after drinking alcohol. But countless of those same people don’t think twice about driving after taking prescription or over the counter medications that can impact one’s ability to safely operate a vehicle. Unfortunately, that’s precisely the kind of thinking that can injure, or even kill innocents on the road. If you or a loved one has been the victim of a driver who was impaired by legal medications, a Jackson auto accident attorney may be able to offer some ideas on next steps.

A Mississippi man who was an avid motorcycle awareness advocate was struck from behind while riding his trike near Daphne. He then lost control of the vehicle and careened off the road, flipping over and meeting his death. The driver of the Nissan who bumped into him admitted to having prescription pain pills in her system. Her decision to drive after consuming these drugs cost someone his life.

There are all kinds of drugs that can impact drivers. The effects, of course, differ, depending on the medicine. Some of the most dangerous prescription medications are benzodiazepines and opioids, which are known to have significant impacts on decision-making and rational thought, and are notorious for causing drowsiness. These drugs can clearly affect motor function. Even so, nearly 20 percent of drivers charged with DUI’s across the country in 2016 tested positive for opioids. That same year, over 40 percent of drivers responsible for fatal crashes had drugs in their system at the time of the accident.

Drugs affecting the central nervous system (CNS) such as sedatives, tranquilizers, and hypnotics tend to slow brain activity in order to reduce anxiety, sleep disorders, and other similar issues. Research indicates that drivers who had CNS medications in their systems were statistically more likely to be culpable in vehicular accidents. That liability increases with the use of 2 or more medications, particularly among drivers aged 45+, who are eight times more likely to cause a crash.

Over the Counter Drugs

What many people don’t realize is that over the counter medicines can impact driving ability too. Many cough and cold medicines can cause drowsiness and/or dizziness. It simply makes no sense to take a risk by getting behind the wheel of a motor vehicle after using such a product.

If you Need a Legal Advocate

Certainly, many drivers who become impaired after using legal medications are stellar citizens in every sense of the word. They have no ill intent, and are generally not known to be reckless or thoughtless. Nonetheless, if their impairment resulted in serious harm to you or a family member, your frustrations, sadness, and medical bills may seem limitless. To address liability and the options for remuneration, contact the heavy hitters at the office of Derek L. Hall, PC in Jackson. We will fight for justice on your behalf.