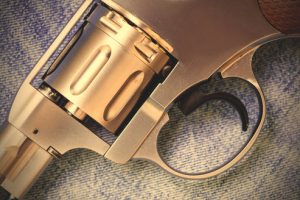 Gun violence is rampant in this country, and sadly, Mississippi is no stranger to the devastation that occurs when gun-wielding individuals make poor decisions. In fact, Mississippi ranks fourth in the nation for gun deaths. While the right to bear arms is indisputable in Mississippi, irresponsible gun ownership can have serious consequences. If harm has come to you due to another’s reckless attitude toward guns, a serious and knowledgeable Jackson attorney can help.

In the past ten years, deaths involving guns have increased by nearly 20 percent nationwide. Studies indicate that states with the highest rates of gun ownership and anemic gun laws tend to have the highest death rates associated with guns. In Mississippi, the gun-murder rate eclipses that of the national rate by 92 percent. Children are not immune to gun violence, either. During just 2010, 62 children in this state lost their lives to gun violence.

Researchers link a number of factors to increasing rates of gun violence:

Mississippi’s constitution allows all adult citizens to bear arms to defend themselves, their property, and their homes. There are limited restrictions to the possession, transport, or carry of firearms, and they may be sold and transferred freely. The state has reciprocal agreements with 34 other states regarding the rights of licensed gun owners.

Guns are not welcomed in certain locations, except by special permit. Some of these locations include:

Additionally, it is unlawful to display a firearm in a threatening, rude, or malicious manner in the presence of three or more people, unless in self-defense.

While open carry is allowed for adults without license or permit, gun owners are required to leave any property at the request of the owner.

Gun Incidents in the News

National news broadcasts have detailed horrendous shooting incidents across the country this year. But many gun deaths are not nationally publicized and do not involve multiple victims. Nonetheless, individuals, families, and communities are forever impacted by such occurrences:

If you or a loved one has been injured or killed due to irresponsible storage or brandishing of a firearm, your pain cannot be soothed in a court of law. Nonetheless, some measure of justice can be attained with the heavy-hitting legal team at the office of Derek L. Hall, PC at your side. Contact us in Jackson for a free, confidential consultation today.