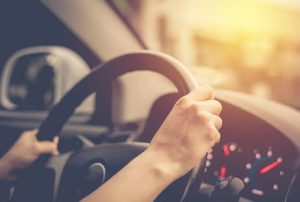 A disastrous head-on collision resulted in three fatalities on I-59. Tragically, when a van zigzagged down the road in the wrong direction, it smashed into two other vehicles. Two additional vehicles were then involved in the aftermath, resulting in multiple injuries. It can be safely concluded that this catastrophe was the result of human error, and the impact for multiple families will be enduring and severe. If only drivers would understand the power in their hands when they get behind the wheel of a 2,000-pound motor vehicle. If you or a loved one has been seriously impacted by an accident due to another driver’s errors, seeking the assistance of a local personal injury attorney may be the best decision you could make in the aftermath.

Driver Errors all too Common

Studies find that roadway accidents are the result of human error more often than not. As one gets behind the wheel of a vehicle, it is essential to for drivers to keep in mind that their actions could result in a safe and secure commute, or could just as easily put people in the hospital, or in the graveyard. The most common driving errors that could easily be avoided include:

Were you a Victim of Human Error?

If you or a loved one has been on the receiving end of an accident that occurred as a result of human error, the heavy hitters at the office of Derek L. Hall, PC will fight for justice on your behalf. Contact us in Jackson for a free, confidential consultation to discuss your situation.