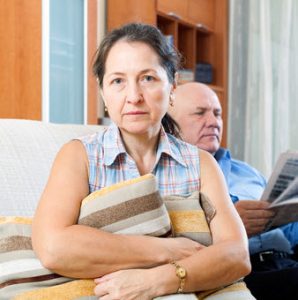 It was once rare to see an old married couple call it quits after 30 years of marriage. These days, it is becoming increasingly common for people over the age of 50 to seek a divorce. A study performed by the National Center for Family and Marriage Research found that the divorce rate in the 50+ population was twice as high in 2009 as it was in 1990. People over 50 are now the largest segment of the divorced population.

Why Are Couples Divorcing at an Older Age?

The increase in divorces among older Americans has been named the “gray divorce revolution.” Several reasons have been cited as possible causes for this recent divorce trend, including:

How Are Gray Divorces Different?

Getting a divorce later in life carries some unique considerations and circumstances. There is less time to start over, so holding onto retirement funds and other assets are especially important. Health and life insurance policies, IRA accounts, pensions, and other resources must be divided in a way that allows both spouses to retire comfortably. In many ways, divorcing later in life brings with it greater complications than divorcing as a younger couple. Many of those complications involve the health of the spouse, earning capacity and ability to maintain a certain lifestyle. Mississippi law attempts to address these issues, but they can be complicated and it is ill advised to try to navigate these items alone.

By retirement age, couples may have been able to accumulate more wealth than they had in their 30’s, which can help with the expenses associated with separation and divorce. Another “advantage” to divorcing later is your children may be grown and living on their own, meaning no custody arrangement or child support to haggle.

Considering a Divorce? Talk to a Mississippi Divorce Attorney

Whether your spouse’s divorce announcement caught you completely off-guard, or you have been anticipating divorce for a long time, you need legal help to get you through this difficult transition. An experienced divorce attorney will be able to advise you on the best way to proceed with a divorce at any age. The attorneys at Derek L. Hall, PC, The Heavy Hitter have been helping families in Jackson, Mississippi and surrounding areas for over 20 years. Call us today at (601) 202-2222 to schedule a consultation.