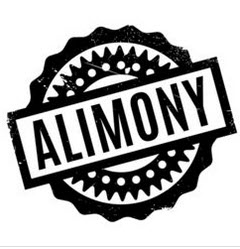 Whatever your feelings are about the new tax plan signed into law by President Trump, you should know that if you’re planning on divorcing in the near future, there’s a possibility you will suffer adversely from at least one of the provisions. That’s because starting in 2019, the deduction for alimony payments for those who pay spousal support disappears. Understanding details and potential outcomes of this change may require the assistance of a local divorce attorney.

Currently, the spouse who receives spousal support typically must claim that income and pay taxes on it, whereas the paying spouse is able to deduct amounts paid. That holds true throughout 2018. But starting in 2019, all of that goes away. Many experts fear the change will limit the amount of money either spouse ultimately winds up with. Why?

While recipients of spousal support may think a celebration is in order due to the change in federal law, (essentially free money will now come to them with no tax obligation), some experts fear they may face bigger struggles getting substantial support payments due to the new tax implications. One expert,predicts alimony awards will be reduced by 10-15 percent due to the change in the law. The reason is that the paying spouses will have less disposable income after taxes are calculated. So the government will get a bigger chunk of the money, and both spouses will have to cut back.

Benefits to the IRS

Under the current system, over $10 billion in deductions is claimed by spouses ordered to pay spousal support. But those claiming alimony as income total approximately $8 billion. The new system will be more likely to retrieve payments on the whole $10 billion, and at a higher rate, as well. Clearly, it costs more money to support two families living separately. The old tax deduction system was a way to help families adjust to the necessarily tighter budgets in each household. Although the IRS will see a windfall, families on both sides of the divorce will likely suffer from the new tax structure.

You Need an Advocate

Divorce is a thorny business. Taking into account changing laws and expectations increases the level of complexity on many levels. As you contemplate the end of your marriage, having an experienced advocate who knows the law by your side can make a huge difference in your divorce settlement. Contact us at the office of Derek L. Hall, PC, The Heavy Hitter in Jackson for a no-cost, confidential consultation today.