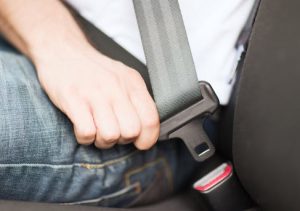 Commuting along Mississippi highways should be an uneventful exercise. Most of the time, it is. But wrecks do occur, and when they result in significant personal injury, an experienced local attorney can help in the aftermath.

In the meanwhile, there are some basic steps every driver can take to limit the risks on the road.

In the event a collision or wreck does occur, seatbelts are a known factor in providing protection for the vehicle’s occupants. Nonetheless, the statistics are not encouraging:

When a driver is not focused on the task at hand, the results can be disastrous. Studies show that drivers who are texting or talking on the phone can experience inattention blindness, a phenomenon characterized by missing as much as half of what the driver would ordinarily see and hear. When a driver is interacting with a handheld device, their eyes are off the road for nearly 5 seconds. When traveling at 55 miles per hour, a vehicle travels the length of a football field in that short 5 second amount of time. That’s an awfully long way to go without paying attention. Even talking on the phone reportedly takes up over one-third of the brain’s attention.

Watch for Pedestrians and Bicycles

In a collision with a pedestrian or a cyclist, there are no protections to guard against serious injuries. That means the only way to avoid harm is to avoid the accident altogether. Injuries from auto-pedestrian collisions are the fifth leading cause of health consequences for those under the age of 20. Although it can be argued that pedestrians are partially responsible for their safety, we all know that often times young people act impulsively. It is up to drivers to be alert, particularly in school zones and neighborhoods, around crosswalks and intersections, and even in places you wouldn’t expect a pedestrian.

When it comes to bicycles, Mississippi law requires a three-foot cushion when drivers pass. Although bicycles are required to obey all traffic rules, drivers should drive defensively, and anticipate the unexpected in order to avoid a heartbreaking collision with a pedestrian or cyclist. Studies reveal cyclists and drivers are equally likely to be at fault in an accident. Redoubling efforts to stay on the lookout for cyclists provides another layer of protection.

Dealing with Others’ Negligence

Following a serious accident, particularly one that involves grave outcomes, most people are awash in emotions: sorrow, anger and confusion can be overwhelming. Are medical bills piling up? Is a breadwinner unable to work? These issues increase the pressure. Investigations will ensue. Was the other party negligent, reckless, or in some way not complying with Mississippi law? You will need a strong legal team on your side. At the office of Derek L. Hall, PC, The Heavy Hitter our experienced team has your back. Contact us in Jackson for a free, confidential consultation.