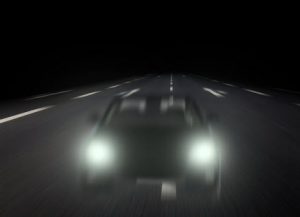 When a Bryan County deputy was killed in a wrong-way crash, he left behind a wife and three children. A young woman had been barreling down Interstate 95 in the wrong direction with her headlights off when the crash occurred. She later pled guilty to two counts of DUI and two counts of vehicular homicide, and was sentenced to 15 years in prison. Lives have been forever altered due to her recklessness. If you or a loved one is the victim of an accident involving a wrong-way driver, you may benefit from the services of an experienced personal injury attorney.

The incidents of wrong-way driving (WWD) in this country are numerous, and have been studied for more than 50 years. Research indicates that more often than not, alcohol and/or drugs are a factor in these types of collisions. In fact, well over half of WWD accident reports cite alcohol as a major factor contributing to the crash, and eight out of ten fatalities in WWD accidents are connected to drugs and/or alcohol.

Males are more likely to be involved in wrong-way driving, with various studies indicating they are two to three time more likely than females to be responsible for such driving.

Another high-risk group for wrong-way drivers is the elderly. A disproportionate number of drivers over the age of 70 are involved in wrong-way collisions. In many of these instances, diminishing cognitive functioning resulted in driving errors that impacted dangerous decisions on the road. Other factors that impacted older drivers were medical issues. While elderly drivers were much less likely than their younger counterparts to suffer alcohol impairment, they were much more likely to have dangerous reactions to medicines, or to experience medical emergencies while behind the wheel.

When and Where WWD Occurs

Although wrong-way driving can occur on any roadway, one-way roads are most often the place it is reported. Freeway ramps are a prime location for WWD.

Crash reports and camera monitors provide some data as to when most of these incidents occur. When these collisions involve alcohol, they generally happen on Friday, Saturday and Sunday nights between midnight and six a.m. and involve younger drivers. When alcohol is not a factor, they more often happen during high traffic periods and older drivers are more likely implicated.

There are interventions that could impact the frequency of these incidents for drivers of either gender or any age, but with somewhat higher benefits for older drivers. According to the results of simulator testing, three key interventions could impact the risk levels associated with wrong-way driving on freeway ramps with relation to Do Not Enter and Wrong Way signage:

Has a Wrong-way Driver Crashed into You?

The fact of the matter is, if you have been the victim of a wrong-way collision, the results can include devastating injuries and significant property damage. At the office of Derek L. Hall PC, our legal team will aggressively investigate and litigate the incident and fight to obtain the best settlement possible for you. Contact our Jackson office today for a free, confidential consultation.