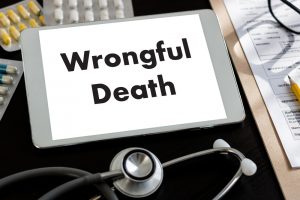 “Pray for this county.” Those were the words of Sheriff James Moore, of Kemper County, in response to two car wrecks  over a two-week time period, resulting in 11 fatalities. The sheer shock and pain of fatal collisions can be overwhelming. If you’ve lost a loved one in such an incident, Derek L. Hall, Mississippi attorney, can help you explore your options going forward.

The first of Kemper County’s accidents was a head-on collision that occurred after a truck veered into a van carrying a group of men on the way to work. The men in the van were all related to one another, and eight of them lost their lives in that single wreck.

A second wreck  involved a vehicle that was traveling southbound on U.S. Highway 89. It crossed over the median, colliding with three northbound vehicles. Three fatalities and a number of injuries resulted from that collision, which occurred just a short distance away from the first wreck, that occurred  only two days earlier.

After all of the evidence is compiled, a team of investigators will study it and make determinations as to the central cause(s) of the incident. Ultimately, charges may be filed.

Getting the news that a loved one has been killed in a car wreck is devastating news under any circumstances. Tragically, fatalities related to traffic accidents are listed as the eighth leading cause of death across the globe. The toll on families can be overwhelming. Just some of the consequences to family members might include:

While it may seem impossible to move beyond this kind of tragedy, families must continue to make sense of their lives in the aftermath of senseless death. At the office of Derek L. Hall, PC, our skilled Jackson wrongful death lawyers have your best interests in mind. Contact our office to schedule a free, confidential consultation today. If we accept your case, it won’t cost you a thing, unless we win for you.