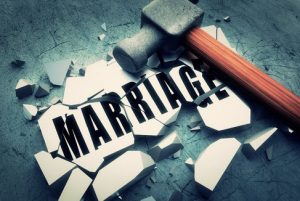 What Are the Grounds for Obtaining a Divorce in Mississippi?

In order to file for divorce in Mississippi you must have been a resident of the state for at least six months. If a couple meets this residency requirement there are several legal methods available to them for obtaining a divorce. The first is called a “no-fault divorce” and is available when both spouses agree to divorce and to settle related issues such as child custody and support, property division, and alimony. On the other hand, if a couple isn’t able to agree to a no-fault divorce then one spouse can sue the other to end the marriage based on any one of the following twelve grounds allowed by Mississippi state law:

For more information about each of the twelve divorce grounds allowed by state law visit the Mississippi Bar’s website.

What Are the Grounds for Obtaining an Annulment in Mississippi?

According to the Mississippi Code of Law, there are several grounds that a couple can use to obtain an annulment of marriage in Mississippi. These grounds include:

It is important to note that under some circumstances an annulment will only be granted if the couple files to annul their marriage within six months after the applicable ground for annulment was, or should have been, discovered. Additionally, it may not be possible to obtain an annulment if the marriage was “ratified”, i.e. if the couple continued to live together after one spouse learned of valid grounds for annulment. If you would like to obtain an annulment be sure to act quickly and consult with a local family law attorney.

Dissolving a marriage is a complicated process that often involves a great deal of stress for everyone involved. Derek Hall is an experienced divorce and family law attorney who is committed to helping his clients through this challenging process while offering compassionate legal guidance at every turn. If you have questions about obtaining an annulment or a divorce in Mississippi contact our Jackson office today at (601) 202-2222.