Skip Navigation
Home Blog Injured in a Motorcycle Accident While Not Wearing a Helmet? You May Still Have a Case

Injured in a Motorcycle Accident While Not Wearing a Helmet? You May Still Have a Case 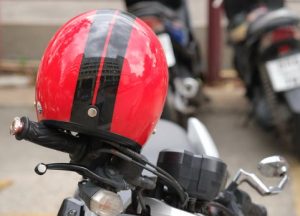 Riding a motorcycle without wearing a helmet is undoubtedly risky, and in Mississippi it is often against the law. But can engaging in this risky behavior prevent you from winning a personal injury lawsuit against a liable party after a car crash? Not in Mississippi.

Under Mississippi Code section 63-7-64, anyone operating or riding a motorcycle (or a scooter) on a public road or highway is required by law to wear a crash helmet designed, inspected, and approved by the American Association of Motor Vehicle Administrators. This helmet law applies to everyone except for people who are 18 years old or older riding a motorcycle or a scooter in a parade at a speed of less than 30 miles per hour. However, failing to wear a helmet when required by law to do so does not necessarily prevent injured motorcyclists in Mississippi from being able to recover damages in a resulting personal injury lawsuit because our state follows a pure comparative fault theory of negligence.

If you’ve been injured in a motorcycle accident in Mississippi due to someone else’s negligence and are wondering if you have a case, feel free to contact Derek L. Hall today. Our experienced personal injury lawyers would be happy to discuss your case and legal options during a free initial consultation. Our Jackson office can be reached via our online contact form or by calling (601) 202-2222.