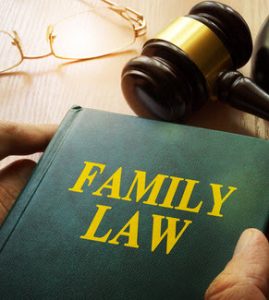 Christina Strickland and Kimberly Day were married in Massachusetts in 2009. Day gave birth to their now 6-year-old son “Z.S.”, while the two women were married. Day conceived through in vitro fertilization, with the help of an anonymous sperm donor. No father was named on the birth certificate, but the child was given Strickland’s last name. The birth announcement sent after he was born read “Hatched by two chicks. Chris and Kimberly proudly announce the birth of their son.”

When Strickland and Day divorced in 2016, Strickland was ordered to pay child support and granted visitation with Z.S., as well as their other son adopted in 2007 (“E.J.”). However, Rankin County Chancery Court ruled that two women could not be legal parents of a child. Judge John Grant wrote “the Court is of the opinion the natural father is (Z.S.’s) father.”

In an appeal filed June 1, Strickland is now challenging that opinion, asking the Mississippi Supreme Court to grant her legal recognition as the child’s mother and have her name listed on the birth certificate.

Beth Littrell, one of Strickland’s attorneys, says that “Mississippi is a particularly challenging state,” regarding legal decisions surrounding same-sex couples. Mississippi was the last state to deny same-sex married couples the right to jointly adopt, until a federal judge struck down the state’s ban last year.

If a couple is married, most states already list both parents on the birth certificate, whether they are same-sex or opposite-sex. This applies even in situations where the husband is known not to be the biological father.

Recently, the U.S. Supreme Court struck down an Arkansas law that automatically includes the husband on the birth certificate of any child born to his wife, but does not extend that practice to same-sex couples. In the last two years, federal judges have ruled that similar laws in Florida, Nebraska, and South Carolina discriminate against same-sex families. The recent Supreme Court decision, which was issued only a few weeks after Strickland filed the appeal in her case, could impact the outcome for Strickland and other nonbiological parents in same-sex marriages.

In the years since the landmark decision Obergefell v. Hodges legalized same-sex marriage in all 50 states, the number of families in Mississippi in need of divorce and family law assistance continues to grow. If you are considering divorce, whether same-sex or traditional, it is important to speak with a family law attorney right away. The experienced lawyers at the office of Derek L. Hall, PC, The Heavy Hitter handle divorce, child custody, child support, adoption, and other family law issues. Contact us today to ensure your personal and financial interests are protected.