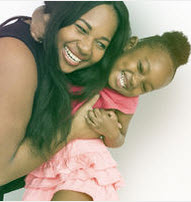 Child custody laws can vary significantly by state. Find out how state laws in Mississippi can impact your child custody case.

Child custody in Mississippi is based on both state and federal law. Mississippi’s child custody statutes are found in the Mississippi Code, §93-5-23. Like nearly every other state, Mississippi also follows the Uniform Child Custody Jurisdiction Enforcement Act, a federal law mandating that states recognize the custody orders of other jurisdictions.

There are two types of child custody in Mississippi. Physical custody refers to which parent (or other guardian) the child lives with most of the time. Legal custody describes who can make important decisions for the child. This includes major decisions regarding health care, education decisions, religious observance, and other important lifestyle choices. Both physical and legal custody can be shared or awarded exclusively to one parent.

Child custody in Mississippi can be sole or joint. Joint custody means the parents share custody rights and the child spends roughly the same amount of time with each parent. Sole custody means one parent retains physical and legal responsibility for the child most of the time. The noncustodial parent will be granted visitation rights. When one parent has custody of one or more child, while the other parent retains custody of their other children, this is known as split custody.

Mississippi recognizes the importance for a child to have a relationship with both of her parents, as well as the parent’s right to his children. In almost every child custody case, the noncustodial parent will be granted at least some visitation rights. If there is any doubt about the safety or wellbeing of the child, the judge may order supervised visits for a while. Only in cases where the parent presents a credible threat of abuse or neglect will a parent be denied visitation rights to her child.

The Magnolia State also recognizes visitation rights for grandparents. Grandparents with a viable relationship with their grandchild that is being unreasonably kept away from them may be able to establish court-ordered visits.

A child custody order can be modified later if the circumstances substantially change.

For more information about child custody laws in Mississippi, contact the office of Derek L. Hall, PC, The Heavy Hitter to request a free consultation.