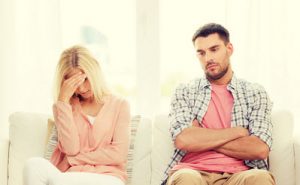 Recently, KSDK.com published an article about a local woman who moved out of Mississippi in order to divorce her husband because our state is one of only two American states that currently does not have a no-fault divorce law on the books. A no-fault divorce law is a statute that enables a married person to file for divorce without proving any fault on the part of their spouse. Without a no-fault divorce law in place, a spouse who doesn’t want to give their partner a divorce can often stave one off for a long time. This is exactly what happened to the woman who eventually decided to move out of Mississippi because her husband wasn’t willing to get divorced and she was unable to prove fault.

The woman told KSDK.com that back in 2001 she knew that her marriage of seven years was over and that she wanted out. However, her husband was not willing to oblige and, thanks to Mississippi’s divorce laws, essentially forced his wife to stay married to him for over a decade longer than she wanted to because she was unable to prove one of the 12 permissible grounds for obtaining a divorce in Mississippi. Under Mississippi’s current divorce laws the permissible grounds for divorce are:

As the woman was not able to prove one the ground listed above, nor was she able to get her husband’s consent, she was not eligible to obtain a divorce in Mississippi. Therefore, she eventually moved to Washington state, established residency there, and was finally able to file for divorce.

Arguments Made in Favor of and Against No-Fault Divorce Statutes

Over the years legislators in Mississippi have attempted to reform our state’s divorce laws by creating a no-fault divorce option, but so far these efforts have yet to be successful. Those in favor of reform often argue that Mississippi’s current divorce laws are antiquated, difficult to comply with, sometimes trap spouses and children in abusive situations, and are prohibitively expensive for married individuals who have limited resources. On the other hand, religious lobbyists and others who oppose instituting a no-fault divorce law frequently claim that no-fault divorce laws make it too easy for couples to get divorced and that these laws derogate the institution and sanctity of marriage.

If you live in Mississippi and are interested in getting divorced it is important to understand that many couples are granted divorces annually in Mississippi despite the fact that our state does not grant no-fault divorces. In fact, the National Center for Family and Marriage Research consistently ranks Mississippi as having one of the highest divorce rates in the country. If you would like to discuss your legal options with an experienced local divorce attorney call Derek L. Hall, PC today at (601) 202-2222.