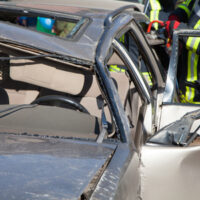 A seven-vehicle pileup in McComb claimed the lives of two people one September day, and sent several patients to nearby hospitals. The effects of the tragedy will be long-lasting and costly for families who are faced with the emotional, physical, and financial aftermath of the collision. If you become the 4 victim of such an accident, having a heavy hitting legal team fighting for your rights can improve outcomes significantly.

A Frequent and Persistent Issue in Mississippi

The fact of the matter is, Mississippi has more than its fair share of multi-vehicle accidents. Consider just a handful of recent cases:

A number of issues can contribute to pile ups on Mississippi roadways, not the least of which is human error. Drivers who take to the road when under the influence of debilitating prescriptions, illegal drugs, or alcohol have poor reasoning and slower reaction times than sober drivers. On the other hand, even someone who hasn’t used mind-altering substances put others at risk when they are not fully focused on the road. It takes only an instant for a tragedy to occur. Particular conditions make driver concentration particularly important:

Have you been Injured in a Pileup?

If a careless or reckless driver has caused a pileup that has resulted in substantial injury to you or a loved one, the Jackson car accident attorneys at the office of Derek L. Hall, PC can help. Contact our office to discuss your situation today.