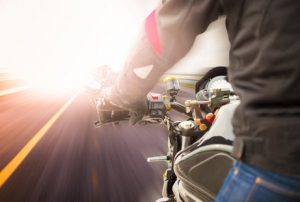 When Tiffanie Bell headed out on her motorcycle on one September evening in Jackson, she surely did not know that the ride would be her last. Tiffanie lost her life that night after another vehicle came dangerously close, leading Bell to lose control of her bike. The vehicle involved was gone by the time emergency services arrived. The incident is one of far too many leading to serious injuries or deaths here in Mississippi. If you or a loved one has suffered a similar fate, the efforts of a local personal injury /wrongful death attorney could be of help.

The sad fact is, eight in ten motorcyclists who are involved in a collision experience injuries or death. Simply put, a motorcycle provides zero protection in the event of a crash. When the rider is ejected, he or she will more than likely experience a violent clash with the road or objects in the area. So what, exactly, leads to motorcycle collisions? There are a number of contributing factors in most collisions, which might include:

Have you or a family member been injured or killed in a motorcycle collision? If the accident was caused by another driver’s recklessness or negligence, you may be entitled to damages. To discuss the possibilities, schedule a free, confidential consultation with the Jackson motorcycle accident attorneys at the law firm of Derek L. Hall, PC. We’ll fight aggressively to get you the settlement you deserve.