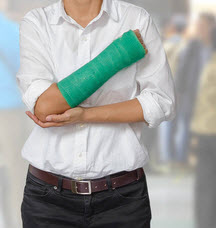 In February, lawyers in the Mississippi House of Representatives passionately debated whether or not to approve House Bill 481 (nicknamed the “Phantom Damages Bill”), a proposed tort reform law which would greatly impact personal injury litigation in our state. In a nutshell, this bill would change how injured plaintiffs seeking compensation in Mississippi courts are allowed to prove their injuries. If passed, House Bill 481 would allow personal injury plaintiffs to only claim medical damages for medical bills that they actually paid for. Currently, personal injury plaintiffs in Mississippi are allowed to claim compensation for all of their medical expenses, regardless of who actually paid for them. Our current rule exists in large part thanks to the collateral source doctrine.

In personal injury cases there is a long-standing legal principle, referred to as the “collateral source doctrine”, that prohibits personal injury defendants from introducing evidence in court that the injured party (i.e. the plaintiff) has already received compensation for their injuries from some source other than the defendant. This rule exists because in the United States a personal injury plaintiff’s recovery from the defendant(s) named in their lawsuit is not reduced if the plaintiff also received compensation from a collateral source. For example, if an injured plaintiff’s insurance paid for medical treatments that the plaintiff needed as a result of his or her injuries then the plaintiff can still recover the cost of those treatments from a negligent defendant.

Arguments for and Against Proposed House Bill 481

A recent article from the Jackson Free Press provides a great summary of the key arguments that were made in the Mississippi House of Representatives both for and against the proposed Phantom Damages Bill. Essentially, opponents of the bill argued that if passed the Phantom Damages Bill would basically eliminate the collateral source doctrine, which has played an important role in personal injury litigation in our state for years. They also noted that the bill would primarily have a negative impact on poor individuals who can not afford to pay for health insurance or their medical bills, and that hospitals and doctors would also be negatively impacted. On the other hand, proponents of the bill claim that this proposed tort reform measure is important because it will prevent unscrupulous personal injury plaintiffs from holding up false medical bills in court and being awarded phantom damages.

Eventually, lawmakers in the House passed the Phantom Damages Bill 63-56 and the bill is now in the Senate’s hands.

Were you or a loved one injured due to someone else’s negligence? If so, personal injury attorney Derek L. Hall is here to help you recover the compensation that you are legally entitled to. At Derek L. Hall, PC, we handle a wide variety of personal injury cases including those stemming from car accidents, premises liability, medical malpractice, and product liability. In an effort to be as transparent as possible about our legal services, our firm offers prospective clients a free no obligation initial consultation during which we will discuss your case, outline your legal options, and let you know exactly what you can expect when you work with our firm. To schedule your free consultation contact our Jackson office today at (601) 202-2222.