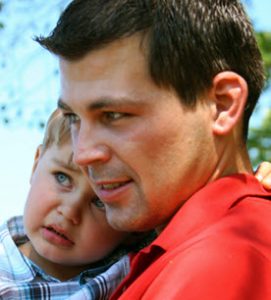 If you are a stay-at-home dad, you’re one of about 2 million men in this country who provide the comfort and care for your little ones on a day-to-day basis. In Mississippi, an estimated one in five parents who stay home with the kids—roughly 26,000 caregiver– are fathers. So when couples choose to divorce, what rights to custody and support do dads have? A local Jackson attorney will understand the complexities of these and all your divorce questions.

How Custody is Determined

In Mississippi, custody determinations are based on the best interests of the child. One key presumption the courts make is that fathers are entitled to custody just as much as mothers are. Joint custody is a preferred option when viable, as it does benefit children in many ways. Many other issues are considered by the court to determine custody issues, including:

How is Child Support Calculated?

Mississippi family courts award physical custody of children to one or both parents, and a primary custodian is designated. Parenting time is not factored in to child support calculations in the majority of cases. Child support is generally awarded to the custodial, or residential parent, based on the non-custodial, (non-residential) parent’s net income. The formula awards 14 percent of net income to the residential parent when just one child is involved, and goes up to 26 percent for five children. The amount of time children spend with non-residential parents is not generally a factor in the calculations, although every situation is judged on its own merits.

Are Men Entitled to Alimony Payments in Mississippi?

Alimony payments in Mississippi are calculated based on one individual’s need and the other individual’s ability to pay. If one spouse stayed home to raise the children while the other pursued education and/or a career, the courts generally believe some compensation is necessary. Although a number of issues factor into these calculations, gender is not one of them. Instead, the court will consider the earning capacity of each party, other sources of income, living expenses, and the needs of the family. It is intended to provide an equivalent standard of living for both parties. Alimony may be awarded in two forms:

Society is changing, and more and more men are finding that raising the kids is a satisfying and meaningful pursuit. When facing divorce, you need an advocate who will fight aggressively for your rights. At the office of Derek L. Hall, PC, we will go to bat for you. Contact us in Jackson for a free, confidential consultation today.