The History of Child Custody in Mississippi 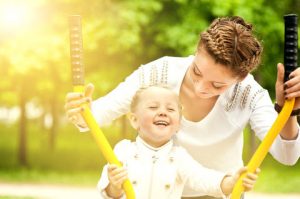 While divorce rates in America have spiked over the last few decades, divorces were certainly still happening in the early days of our country, they just weren’t as prevalent as they are today. This means that child custody arrangements, whether formal or informal, have been around in America for over two centuries. During this time, changes in laws and social conventions have both worked to create the child custody system that we have in America today. And let me tell you, the landscape of child custody in our country has massively changed over the last two hundred years.

According to an article in The Global Dispatch, during the period between 1776 and the beginning of the 20th century fathers were seen as legally owning their children. Therefore, if a married couple with children got divorced the father obtained full legal custody of their children by default.

During the early years of the 20th century child custody law in the United States shifted dramatically as something called the “Tender Years Doctrine” took root. This legal principle holds that mothers are presumptively better at caring for young children than fathers are. During this period, mothers were almost always granted primary custody of their children when a marriage ended in divorce. Most states no longer follow this doctrine and some courts have found that it violates the 14th Amendment because it discriminates on the basis of a parent’s sex.

During the 1970s states mostly abandoned the Tender Years Doctrine and replaced it was legislation that encouraged gender neutral custody arrangements. While the Tender Years Doctrine does still hold some sway in Mississippi (it is one of twelve factors the judge must analyze) child custody cases, the doctrine is not as strong as it once was and today fathers in Mississippi win approximately 50% of contested custody hearings, reports Parenthood.com.

Today, the “best interest of the child” is the polestar consideration in family court orders. There are a number of different factors that go into making this determination, but the level of engagement that a parent has shown in the past with their children plays a big role. Generally, a parent who can demonstrate that they have been engaged in their parental responsibility is a prime candidate for joint custody, while a parent who is the child’s primary source of care and emotional support may be eligible for primary custody. However, the modern day presumption is that it is in a child’s best interest to have steady contact with both parents.

If you are fighting for legal custody of your children it is essential to have an experienced family law attorney at your side. The attorneys at the office of Derek L. Hall, PC have years of experience practicing family law in Mississippi and are committed to developing a case plan that serves each client’s child custody needs and that the client is comfortable with. To schedule your free initial consultation contact our office in Jackson at (601) 202-2222.