When Prescribing Drugs is Malpractice 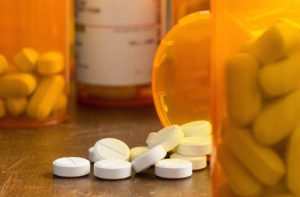 Medications are over-prescribed in this country every day, resulting in serious side effects, and even death. Patients expect to be able to trust their physicians. When things go wrong because a doctor was too busy or distracted to survey the prescriptions a patient is taking and consider the interactions of those drugs, it is a disgrace. More than that, it is malpractice, and patients should seek the help of a local medical malpractice attorney immediately.

Prescription drug usage has increased by roughly 85 percent in the past couple of decades, despite a population increase of only about 20 percent. More alarming is the fact that the number of people in this country who take five or more prescriptions every day has increased by a factor of three in that same time span. Even more startling are the statistics regarding older Americans, nearly 10 percent of whom take 10 different medications every single day. With pharmaceutical usage at an all-time high, it raises the question: are all of these medications truly necessary?

Over one million people wound up in emergency rooms due to dangerous drug interactions and one in ten of those people actually died due to complications from their drug usage. A close look at the data reveals that about 50 percent of those ER visits and fatalities could have been prevented with more careful and deliberate monitoring of drug intake.

Experts suggest that there are essentially three key issues with prescription medications:

Each of these problems has the potential to cause harm to various body systems, including the respiratory system, central nervous system, circulatory system, and digestive system. What are the specific prescribing issues that are occurring?

In addition to the physical impacts, over prescription of medications causes many Americans to skimp on other parts of their budget in order to pay for prescriptions. Astoundingly, one study found that unnecessary medicines and the ripple effects caused by them cost $200 billion annually.

You Need an Advocate

If you or a loved one has suffered as a result of over prescribed medications and their serious side effects, you need a legal heavy hitter at your side. At the office of Derek L. Hall, PC, we will aggressively fight for justice on your behalf. Contact us in Jackson for a free, confidential consultation today.