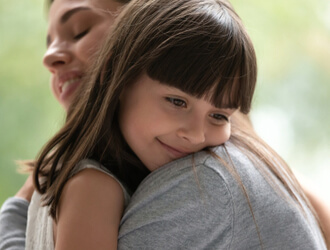 Whether you are considering the possibility of adopting a stepchild after getting married or are thinking about adoption under different circumstances, a Jackson adoption attorney can assist you. At the law office of Derek L. Hall, PC, we regularly provide representation to clients in Jackson, MS who are seeking to adopt a child. It is important to understand that adoption processes can be complicated, especially when one or both of the biological parents are still involved and have voice opposition to the adoption. As such, it is very important to have an experienced advocate on your side throughout the adoption process.

Adoption procedures are governed by Chapter 17 of the Mississippi Code. When the court decides whether to grant an adoption, it focuses on what is in the best interests of the child. The statute makes clear that any person can be adopted under Mississippi law, although there are limitations on the adoptive parents. Specifically, if a spouse in a married couple seeks to adopt, then the other spouse must also join in the petition.

Are there any other limitations on who can adopt? The law makes clear that an unmarried adult may file a petition for adoption. What about same-sex married couples? Until very recently, Mississippi did not permit same-sex adoption. However, in 2016, a federal judge declared that Mississippi’s ban on same-sex adoption violated the Equal Protection Clause of the U.S. Constitution. As such, same-sex spouses in Jackson can now petition to adopt a child.

Steps for a Legal Adoption in Jackson, Mississippi

For a stepparent who is seeking to adopt a stepchild, it will be important to obtain written consent from the child’s noncustodial biological parent. A Jackson adoption attorney can assist with your case. In general, what are the steps for a legal adoption in Jackson, Mississippi? The Mississippi Bar has a helpful fact sheet that clarifies the steps of the adoption process:

Once the child is legally adopted, the Bureau of Vital Statistics will issue a new birth certificate.

Adoption can be complicated, but a Jackson adoption attorney can assist with your case. Contact the law office of Derek L. Hall, PC to learn more about our services. It’s Time to Call Derek Hall, the Heavy Hitter.